In Austin, art is more than a picture in a frame, in Austin are is more about safe expression. While it is as a form of music, dance, or a painting. In Austin even graffiti is understood as art, and it is has This place is called castle hill. Now there are tons of other places where graffiti is done but none of those places are legal, or widely used. Castle hill is a failing construction Around 2010, the city of Austin decided to make it an official graffiti park for the public. Growing up my friends and I would have missed the 80’s, since then people would sneak on the site to do their own personal murals. Recently, recent, however,This site was a schedule for demolition and is pending a decision on what will be the future of this legendary park.

As always, till next time! 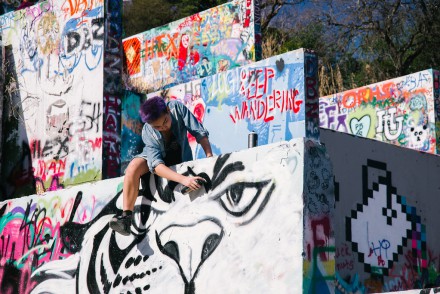