Baking a Family Recipe by Myself for the First Time

My family has some hallmark recipes that we adore and make regularly. The most iconic, for me and most other people, is our squash rolls. They’re made with canned pumpkin, ten tons of flour, and way too much hard work. Plus some other ingredients like, y’know, yeast and sugar and whatnot. But the bulk of their delicious girth is provided by the pumpkin, flour, and effort that goes into making them. We have two variations of the squash rolls now. Thankfully. The original recipe used by my mother for so many years is unquestionably delicious– the results cannot be argued with– but they’re a huge pain to make. It takes many hours to make these rolls. They require hand kneading, multiple proofing stages, and a lot of working overall to produce. And we of course have always made them in bulk, because we like to hand them out to all our neighbors, extended family, and friends, plus have a bunch leftover for our own enjoyment. It’s this big huge production that can take multiple days to pull off, especially if we don’t plan ahead responsibly. Even with planning, it will take up literally an entire day.

Recently, my sister found a squash roll recipe online that claimed to only take thirty minutes to make! An outrageous claim. While it does technically produce squash rolls in thirty minutes, their quality pales in comparison to my mother’s hard-worked recipe. So we put the two recipes together. The time-saving tricks of the online recipe, complemented with the hard-earned experience of the traditional recipe, have combined to create some truly delicious but less back-breaking pumpkin rolls for the holiday season. We’ve been using this modified recipe for the most part for the past few years quite happily. Well, that and our KitchenAid mixer. Worth every overpriced penny. It’s made our lives much, much easier around the holiday season, although baking ten billion rolls in bulk like we do still takes an entire day. But it’s a less laborious day overall, so progress!

I’m in Japan now, but I still wanted to be able to make this traditional family recipe around the fall/winter holiday season. So I decided I would make these squash rolls for Thanksgiving. On my own. In a foreign country. In my teeny, tiny kitchen, with only a single baby counter. And no KitchenAid mixer or mother or sisters to assist me. Or an oven; only a toaster oven. Omigod, what have I done?

When my sister visited in October, we made a half-batch successfully. She did most of the work, as I was laid low by a rather vicious cold at the time, but it was a successful proof of concept.

Then Thanksgiving arrived, and I knew it was time for my trial by fire. Could I make this ancient family recipe by myself? Well…..

Yes! It took six hours, but I successfully made one batch of squash rolls! And they turned out delicious. They weren’t as perfectly shaped as when we bake them in our much roomier oven in America, but that in no way impacted their flavor or texture, which were wonderfully spot on. And then, the best part: watching other people enjoy them and appreciate all that hard work and history. Thanksgiving was a good day this year. 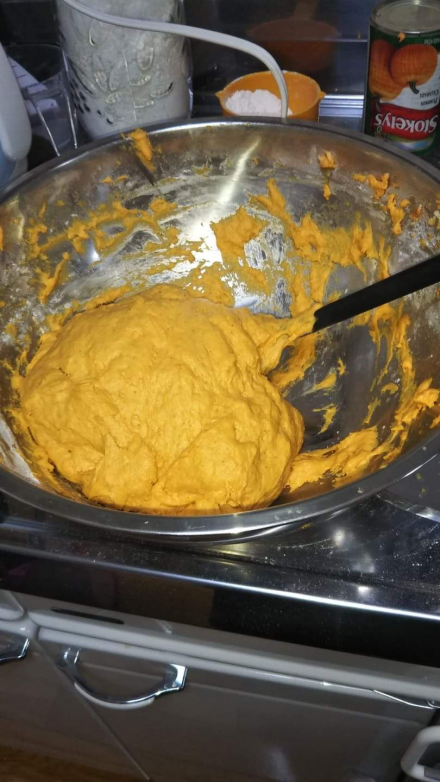 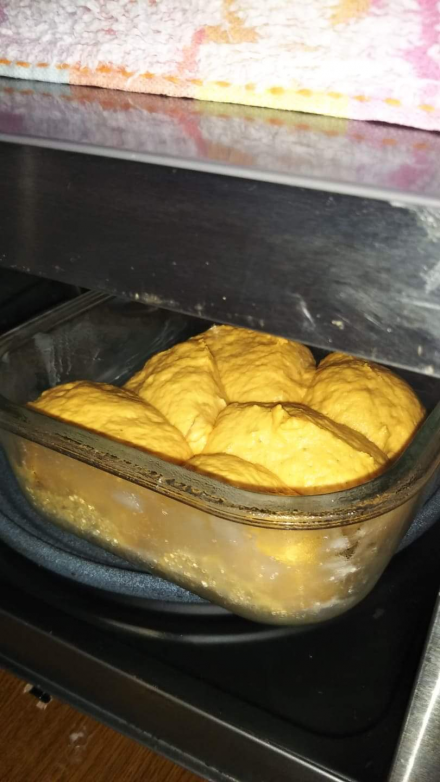 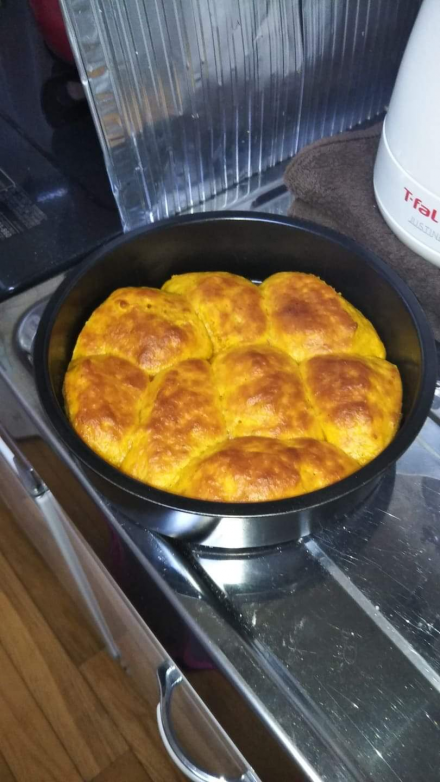 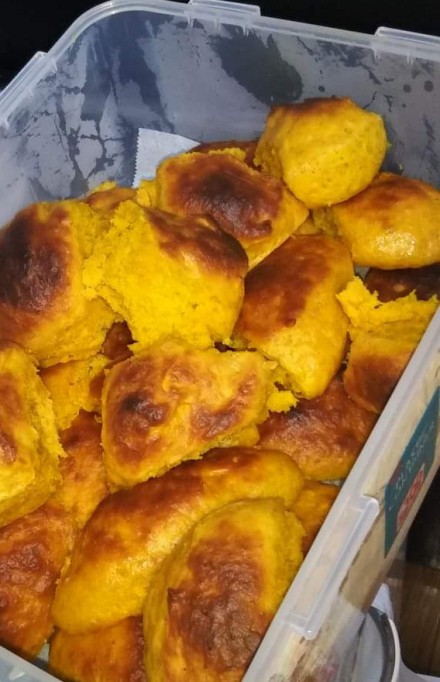