When the Earth Feels Tired

A couple months back, we got a lot of rain in Ogaki. I’m from Seattle, so this is a familiar state of affairs, and I didn’t think much of it. A few days into the nonstop rain, however, apparently the Earth herself decided she’d had enough. So, she decided it was time for a lie-in.

I was a little startled when I walked past this drainage canal on my way to Ogaki Station. I cross this canal almost every day and quite enjoy the beautiful water, sakura trees, and stone retaining walls, so it was quite unexpected when the scenery changed so abruptly. I certainly wasn’t expecting to see the light poles and sakura trees leaning precariously over the collapsed wall of the canal.

Like the rain, I’m not unfamiliar with the Earth just…tiring of holding herself up under the deluge lol. The Pacific Northwest is a very wet and hilly place, so it’s not unusual for the land to become waterlogged and collapse under its own weight. Landslides are quite common, and in fact when the canal wall collapsed lined up exactly with peak landslide season in Washington. As a result, at this time, I was also receiving news updates about landslides and mudslides on Mt. Rainier and elsewhere around the Puget Sounds. I’d been feeling a bit homesick for the tired Earth, but then much to my surprise, I got a miniature version of it right here in Ogaki! So, while startled, I was actually strangely pleased to see this sight on my way to work. It’s comforting to know that such aspects of nature are universal, and the land can become waterlogged and tired anywhere. It’s the same comfort as when I spot Orion’s belt in the night sky. The same stars shine above me, and the same Earth can grow weary beneath me.

One unexpected aspect of the situation, however, is that the mini-landslide still hasn’t been repaired. It’s been a few months since the canal wall collapsed. So far, all the city’s done is drape a blue tarp over the collapsed section, cut down the nearest heavy trees, and block off the area with some cones. All good stopgap safety measures, but not really a long term solution. The canals can get pretty full during the rainy season, so I hope they repair it before then. Otherwise, all that water will likely penetrate further into the land and result in further collapse. Plus, the blue tarp’s kind of an eyesore, and I’m shallow, so I want to enjoy the pretty water and trees without a random blue tarp intruding into my view haha. 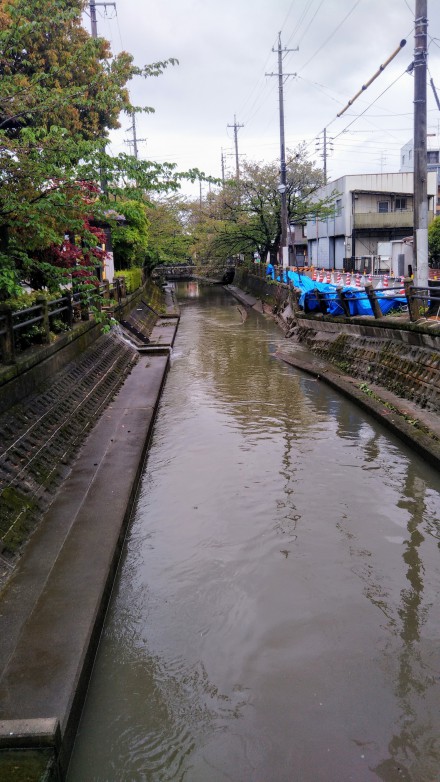 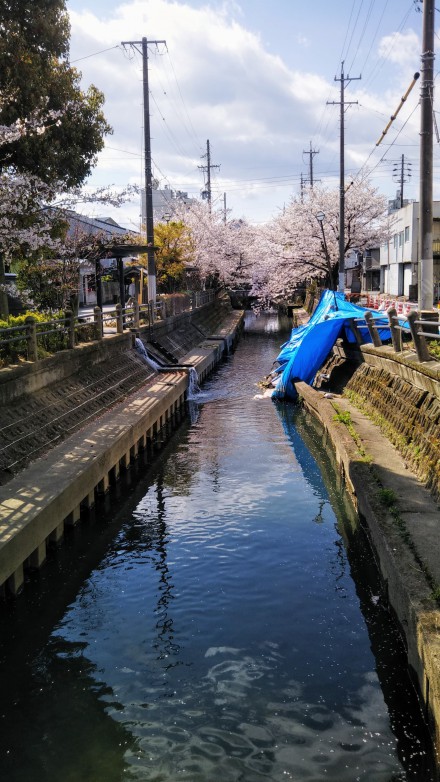 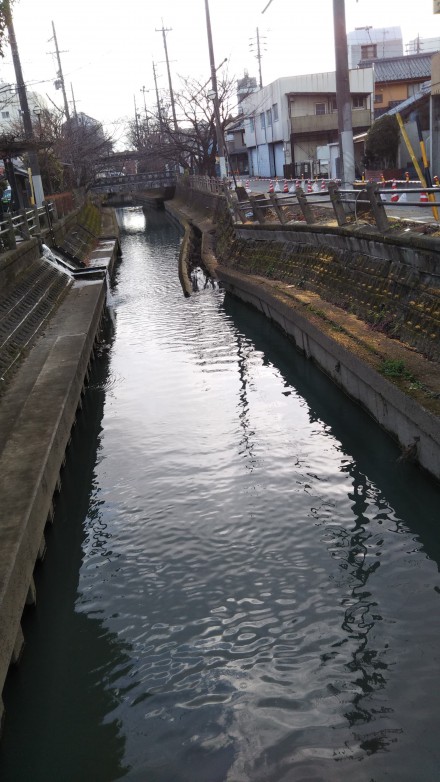