The insects in Japan always catch me by surprise. Usually it’s their sheer size that gets me. Today, however, it was spotting a species I recognized but had never seen a version of in person before: a praying mantis.

Ginan has all the coolest bugs, apparently, because that’s where I saw her! It was pretty cool, actually.

I was walking by a collection of beautiful, tropical flowers when I saw her leap a meter into the air to land next to one of the orange flowers. At first, I thought she was a grasshopper. I’ve seen some massive grasshoppers in Ginan before, after all. But upon closer inspection, I realized she was something much more novel.

To those of you who’ve lived in Japan all your lives, seeing a praying mantis in person probably isn’t all that exciting. However, I’m from the Pacific Northwest, land of the tame, tiny insects. The only over-sized menace we have is the slug. So many slugs… But I’ve seen praying mantises on TV and in books all my life. They seem almost magical in media: larger than life predators who will fight any foe. So, imagine my surprise when I realized just how small she actually was. Granted, by Northwest standards, this praying mantis was still certifiably massive; however, relative to the grasshoppers I’ve seen hopping about in Ginan, she’s downright small! Maybe two inches long and very thin. She blends in well with the grasses. Still looked super cool, though. Like an alien predator.

Can you spot her? 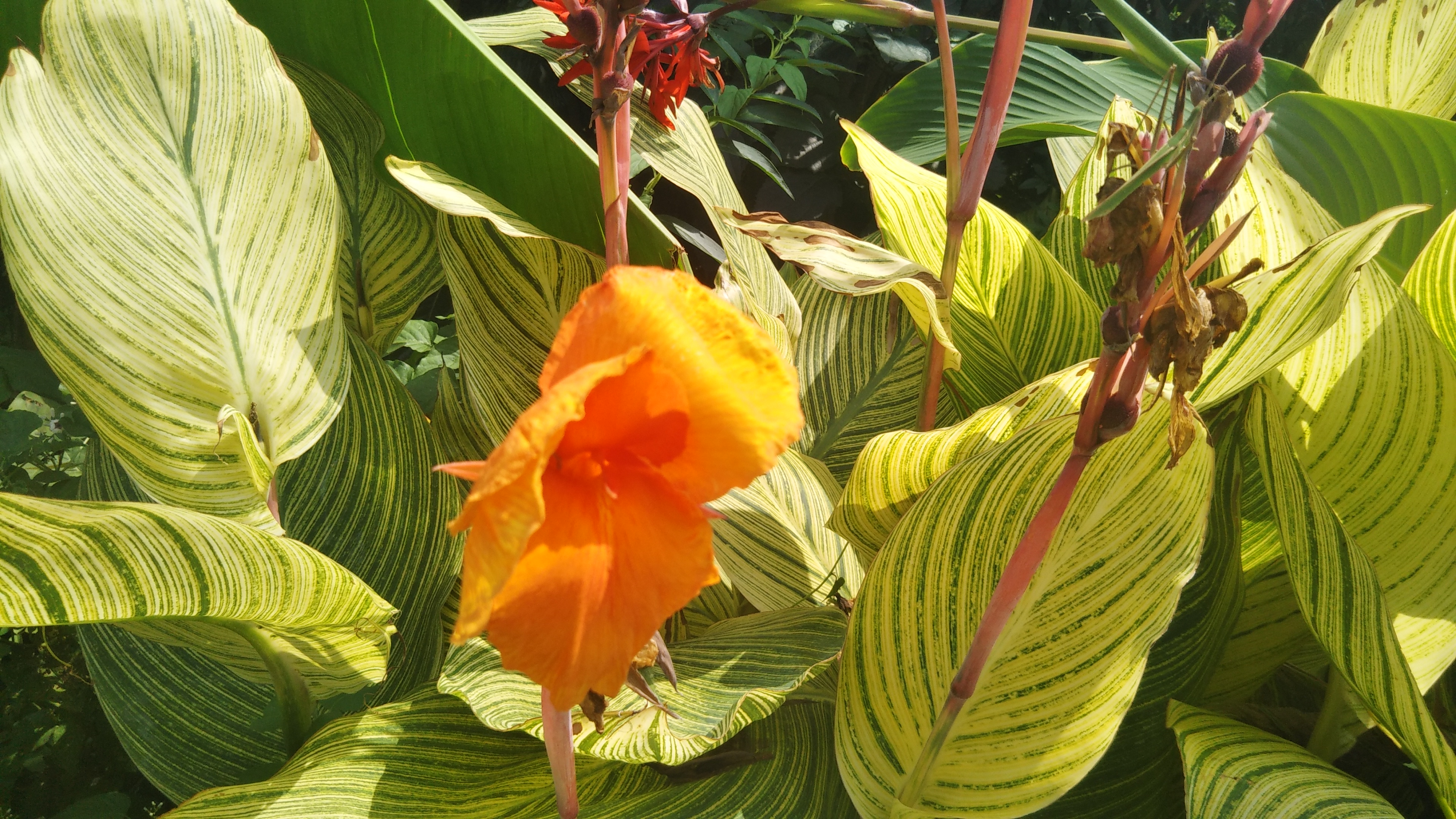