Baseball season finished a couple weeks ago with the Los Angeles Dodgers winning their first championship in a long time. Once the World Series ends, awards season begins.  This year, I was particularly interested in the postseason awards since a pitcher on my favorite team was one of the Cy Young finalists.  If you live in Japan or know about Japanese baseball, you definitely know Yu Darvish.  He had a great season and was chosen as one of the top 3 pitchers in the National League.  He wasn’t the only Japanese pitcher who received lots of votes either.  Minnesota Twins pitcher Kenta Maeda was also one of the top 3 pitchers in the American League this year.  While it was pretty obvious that Maeda wasn’t going to win, only because Shane Bieber had a really great season for Cleveland this year, I had hope for Darvish and think he deserved to win.  However, in the end, he finished second in voting.  It would have been great to see Darvish win, but it was a great year for Japanese pitchers in MLB regardless. 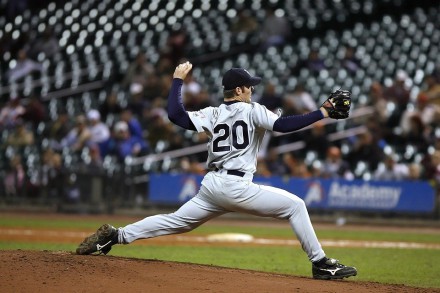