I really like to make gifts for my family by hand, rather than just buying things. It’s a great excuse to craft, and it also allows me to make something really one-of-a-kind. Unfortunately, since I’ve been working in Japan, I haven’t had as much free time for crafting. I do so when I manage to find the time, but I still long for the times when I could just spend three days straight learning some new skills to make an army of porgs for my sister.

I’d played with clay when I was little, but my creations were less than well-made, suffice it to say. My mother’s pretty good at sculpting with clay, plus she’s a fantastic painter, so she’s always known how to make really cool clay sculptures, utilizing both colored clays and paints to make her masterpieces. Her seminal work is surely the elephant with an ant on its butt. Unfortunately, I don’t have any photos of that, but trust me when I say that it’s perfection.

One Christmas a couple years ago, though, we cracked out the clay again, and I went at it with a lot more fervor and creativity. I was determined to create a porg army for my sister, who thought porgs were cute (quite correctly). So that’s what a did! I spent three sleepless and nights days hunched over a table sculpting and painting teeny tiny porgs, plus some other Star Wars paraphernalia. I painstakingly sculpted the porgs, then cooked them oh so carefully in the oven, before painting them. Some parts were big enough to use a paintbrush, but for the most part my creations were too small even for my smallest brush; so, I instead painted them with toothpicks. The end result isn’t professional or anything, but I think their kitsch makes them even cuter.

In the end, I made 24 porgs, a Star Destroyer, 6 Death Stars, Bor Gullet, BB-8, and BB-H8. The porgs and the droids definitely turned out the best. 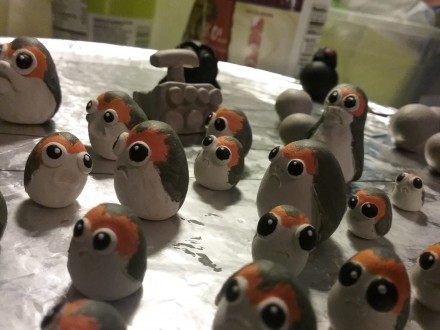 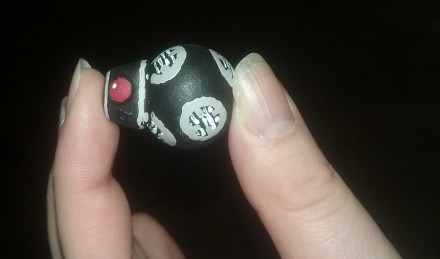 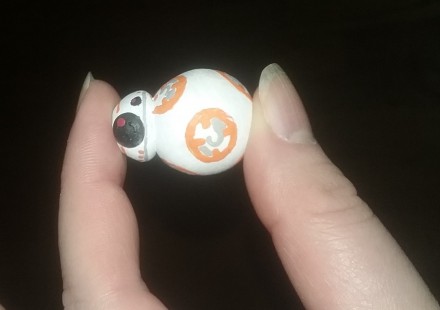