I’ve recently been making sandwiches. I like sandwiches rather a lot, but I’m not really a huge fan of the sandwich bread you can buy at the grocery store. I’m sure if I went to a proper bakery I’d be more happy with the bread available, but as it is I am a snob who isn’t in love with the supermarket fare. So, naturally, I decided to just bake my own sandwich bread!

To that end, I got a bread machine. It’s a glorious piece of machinery. It not only bakes the bread – so it’s a little oven – but it also proofs and even kneads the dough! I hate kneading dough, personally, so that is so exciting. The proofing function is also a bit of a life saver. Usually, when I make bread that requires proofing, I do it during the winter when I can just keep it under the heater, which is on anyways. However, in warmer seasons that’s not really a viable option. So, this resolves my breadmaking dilemma quite handily!

Bread machines are best for sandwich loaf-type bread, as opposed to the loaves I usually make of peasant bread or soda bread, neither of which are super conducive to sandwich slices. The machine also came with a recipe book, so I can procrastinate experimenting to adapt my own bread recipes, which is pretty cool. I’ve tried several of the recipes in the book so far, and while they were all very fluffy and had a great texture, the flavor was a little lacking. So, I decided to mix it up a bit.

I took one recipe for “sweet bread” (which isn’t particularly sweet, but sure) and switched out the water for earl gray tea, added tea leaves to the flour, and mixed the sugar with lemon zest. Et voila! Earl gray tea bread!

Not only is it fluffy and tasty on its own, but it’s absolutely divine when toasted for a sandwich. 10/10 recommend.

You don’t need an expensive bread machine to make bread. I could make all of this by hand like usual just fine. However, I am lazy, and this machine feeds into that quite handily. Happy baking, everybody! 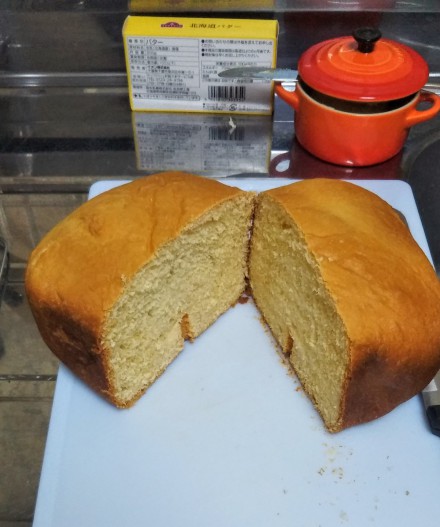