A Hotel in a Galaxy Far, Far Away

Do you like Star Wars? Have you ever wanted to stay at a Star Wars themed hotel? Then Hollywood Studios at Walt Disney World is just the place for you!

You can now live out your Star Wars RPG fantasies at the Galactic Starcruiser, Disney’s first-of-its-kind two-night immersive experience!

So, what is the Galactic Starcruiser? Let’s just compare it to a cruise where guests arrive and depart in the same time block and stay at the hotel for the duration of the experience. Guests “board” the Halcyon (aka the Star Wars ship) for a two-day, two-night adventure. Disney has described the experience as “part live immersive theater, part themed environment, part culinary extravaganza, part real-life role-playing game—and yet so much more.”

But what’s included in that all-inclusive price?

2 nights in a cabin or suite
Ongoing, immersive, and interactive entertainment, which you can choose to participate in
Food and drinks aboard the Starcruiser (excluding alcoholic and specialty beverages) and a quick-service meal at Docking Bay 7 Food and Cargo or other select locations at Disney’s Hollywood Studios
Admission to Disney’s Hollywood Studios for the excursion to Star Wars: Galaxy’s Edge
Valet parking
Exclusive Star Wars: Galactic Starcruiser MagicBand.

So, would you want to stay at a hotel in a galaxy, far, far away? 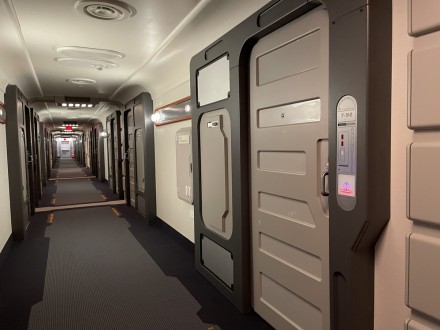