Jambo everyone and welcome back to part two of our look at Disney’s Animal Kingdom!

This week we’re going to be looking at all of the attractions you can book at Animal Kingdom using the new Genie+ system!

The new Disney Genie+ service has launched at Disney World, officially replacing FastPass+. For $15 per person, per day, guests can reserve time windows and use a special ride entrance that will allow them to experience shorter wait times. At Animal Kingdom, these Genie+ attractions include:

A Celebration of Festival of the Lion King
DINOSAUR
It’s Tough to Be a Bug!
Kali River Rapids
Kilimanjaro Safaris
Na’vi River Journey
The Animation Experience
Feathered Friends in Flight

Animal Kingdom has the least amount of Genie+ rides, so it may not always make enough sense to get Genie+. If you have base tickets and Animal Kingdom is the only park you’re visiting for the day, you’ll have more time in the park and the chances are higher that you’ll get all of your priorities done. But if you’re park hopping, you might want to get Genie+ so you can fit in as many rides as you can.

As for the individual Lightning Lane selections, I think it’s worth getting access for Avatar Flight of Passage. It’s the most popular attraction in the park, and it’s highly likely that you’ll save more time by using the Lightning Lane versus waiting in the standby line. Expedition Everest, on the other hand, may not be a necessity, unless you’re traveling during a peak season. Instead, we’d hold off until you can assess wait times for the standby line. You might be able to hop right in when it’s low! And if you’re park hopping, you could save your second individual Lightning Lane selection for a ride at a different park.

Stay tuned for our next installment about Animal Kingdom! This time we’ll talk about where to eat and what to buy! 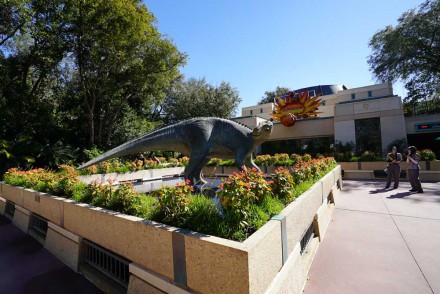